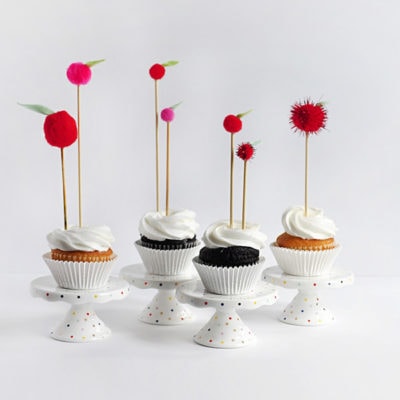 INSIDE : Learn how to make adorable and easy DIY Apple Cupcake Toppers using red pom poms and a bit of green felt! Perfect for your next Fall themed party. 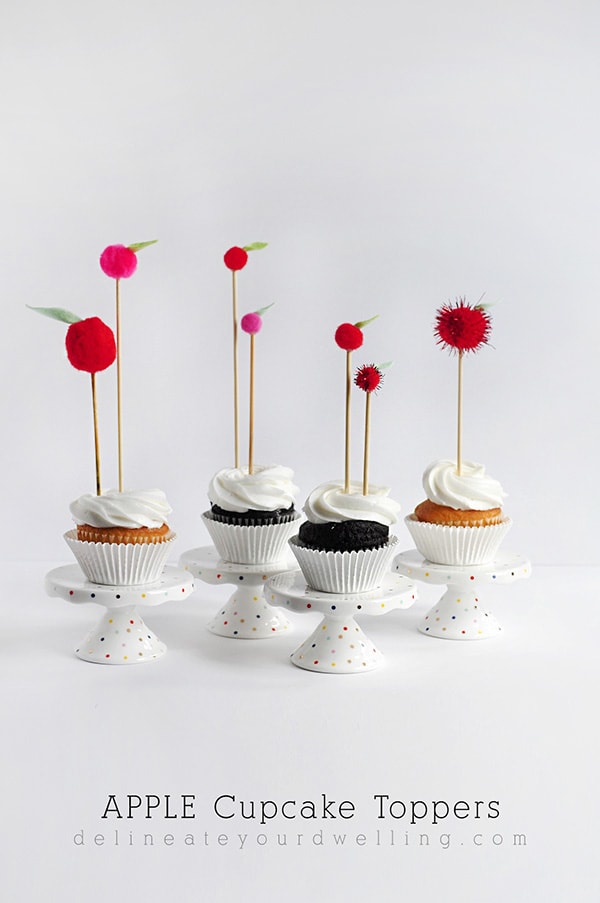 Apple picking season is here and will probably be going strong for a while longer.  And with the weather cooling a little bit, spending time outdoors picking apples is sounding better and better all the time! 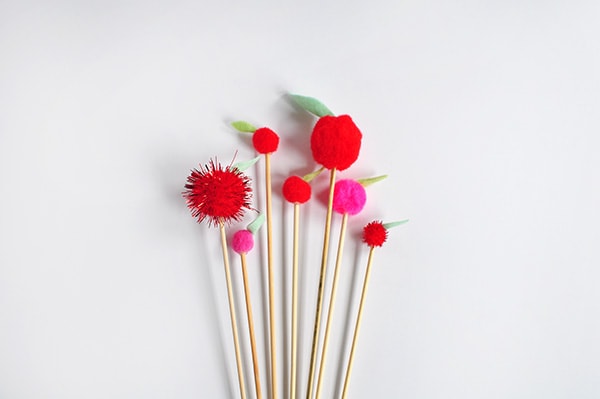 Today I’m so excited to share the world’s easiest project, DIY Apple Cupcake Toppers!  Sometimes it’s those easy projects that I get the most excited about and I went a little picture crazy because I couldn’t stop myself from snapping more of these cuties. 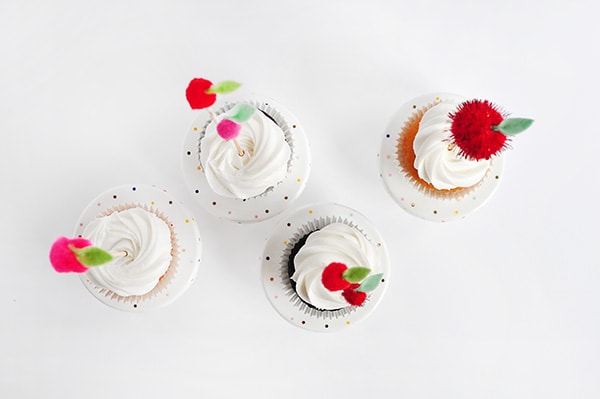 What supplies do I need to make Apple Cupcake Pom Pom toppers? 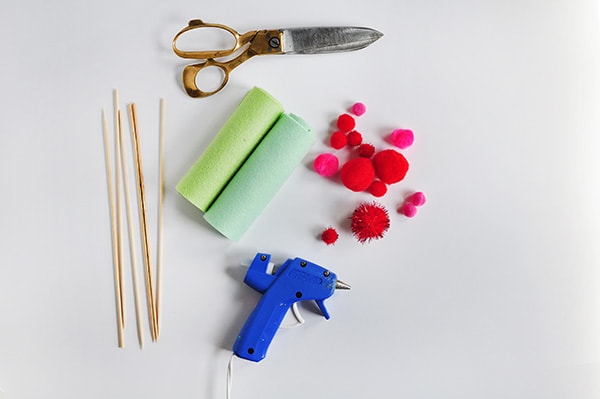 How long does it take to make Apple Cupcake Pom Pom toppers?

I was able to create these adorable Apply Toppers in less than hour (I made them during my children’s rest time) so even if you are low on time, this is a great project!

How do I make Apple Cupcake toppers?

I started out by cutting two strips of green felt from my felt stash.  I cut out seven differing sized leaves from each of the green colors.  And then I set them aside.

I then hot glued the red and pink pom poms onto the top of my wooden skewers.  I liked having a few pink apples added to the mix!

I then went back to the leaves and added just a small dab of glue at the bottom of each leaf and held it together for a moment while the glue dried.  It added just enough shape to the leaves, so that when I glued the leaf to the apple, it gave it just a little dimension. 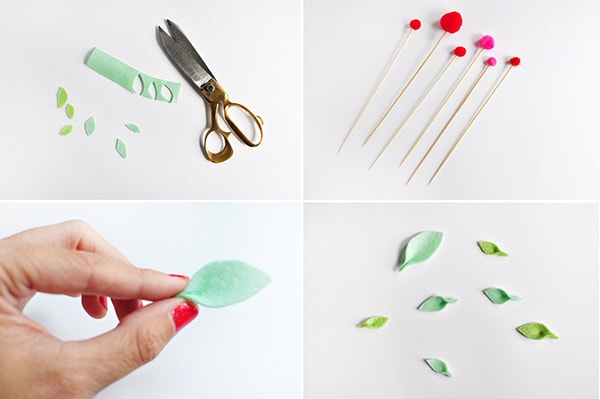 I was left with these perfect apples on wooden skewers. 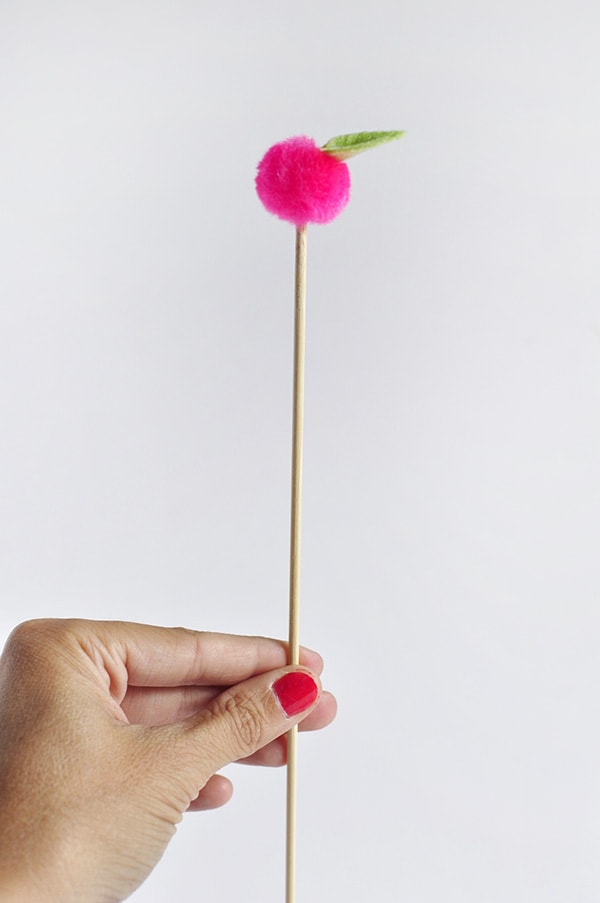 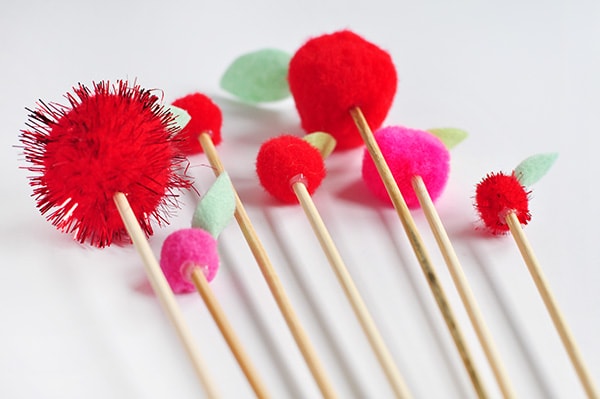 And pretty much the crafting is over at this point!  So, all you need now is to find yourself some cupcakes and plop those Apple Toppers right in!  Isn’t this single PINK apple just too much!! 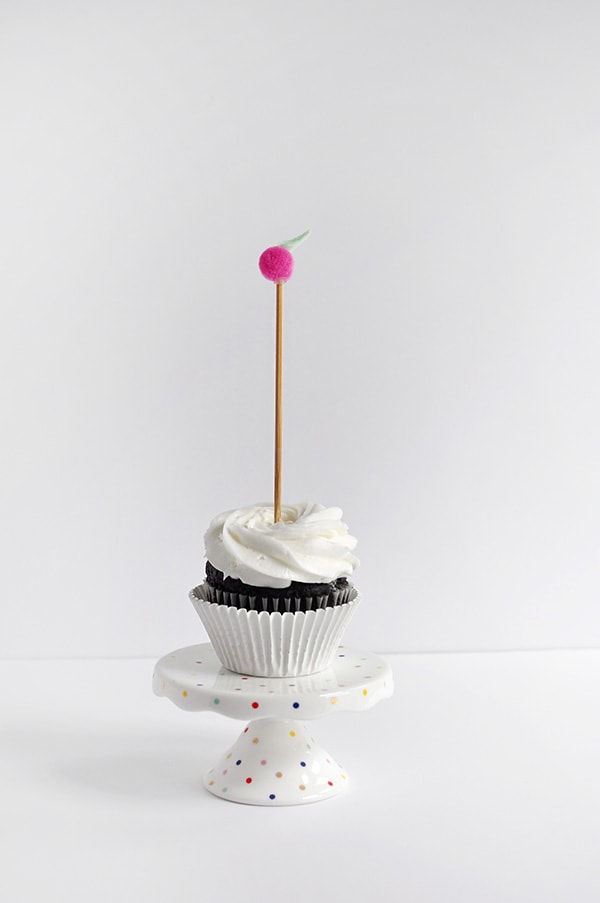 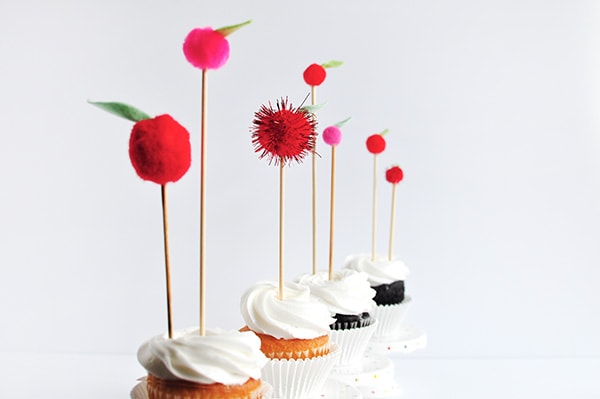 I had such fun with some cupcakes having just a single apple and others having two apples. 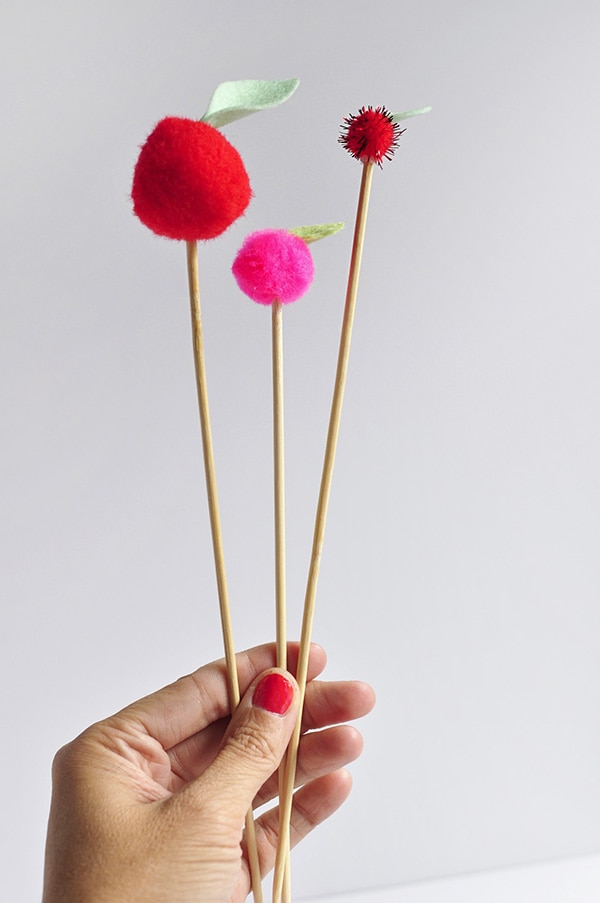 I have VERY similar feelings as when I made these out of felt… they turned out so precious I wanted to eat them. 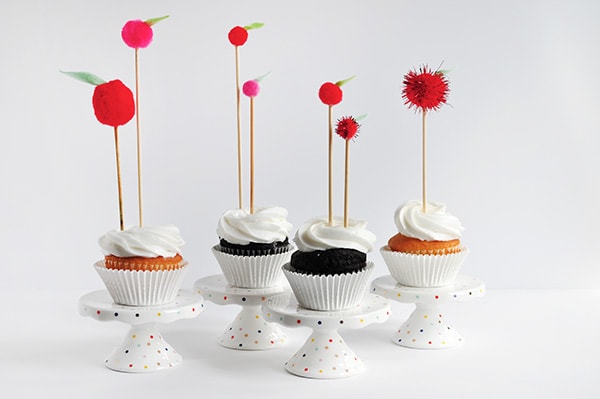 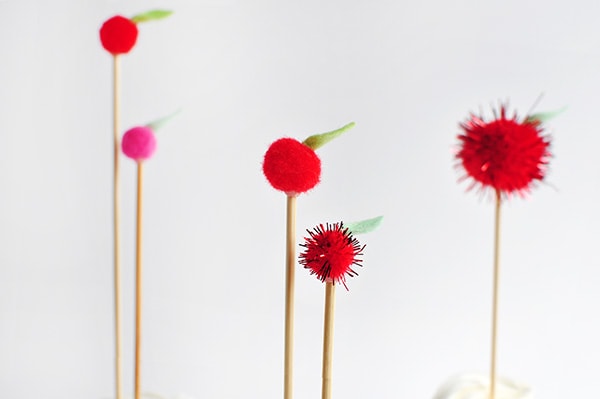 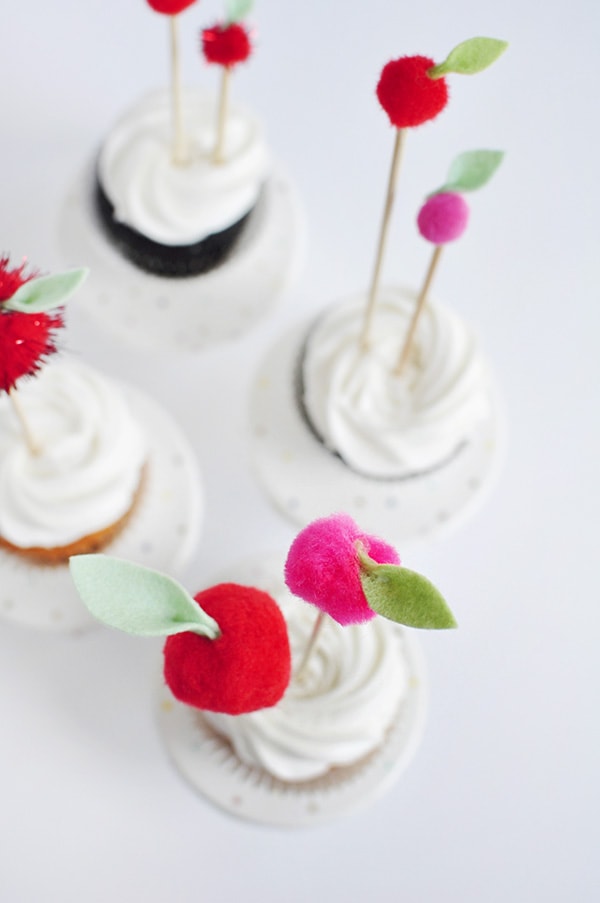 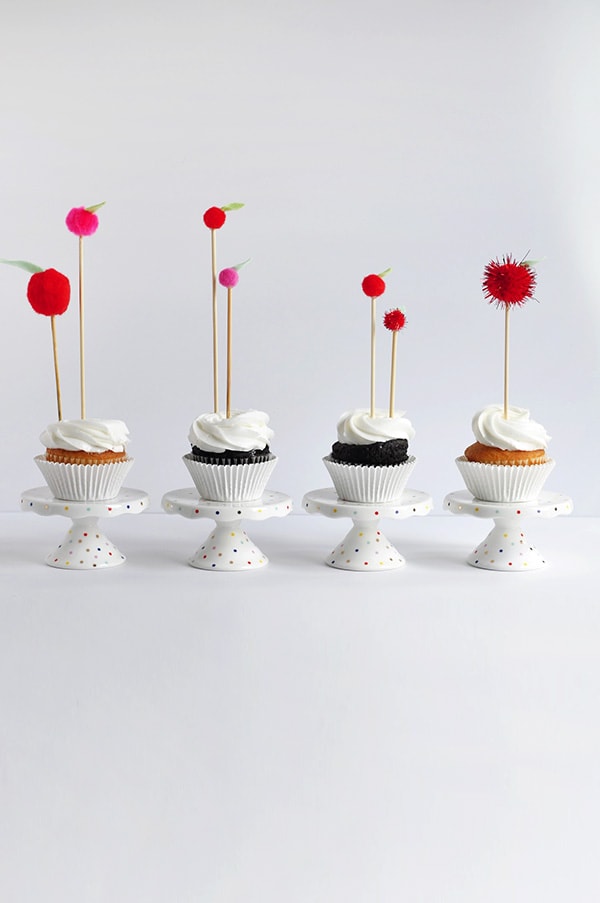 What would be your favorite fruit or veggie for me to make as my next felt DIY?  Share below in the comments!

Looking for more simple cake ideas?  Be sure to check these out: 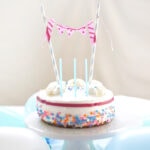 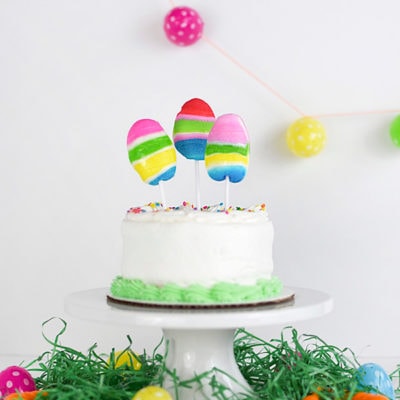 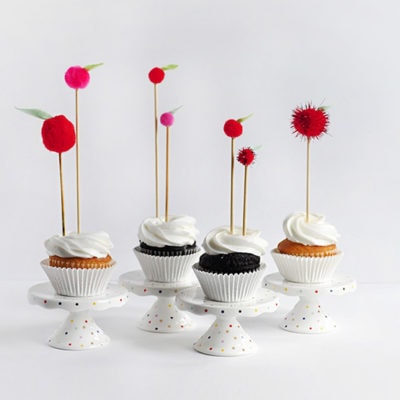 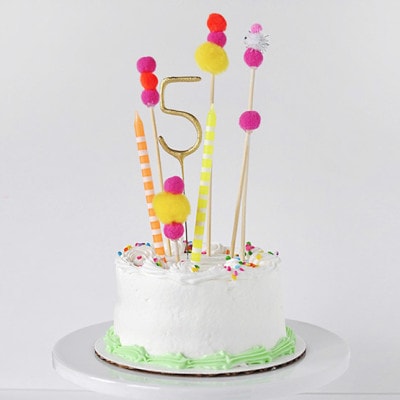 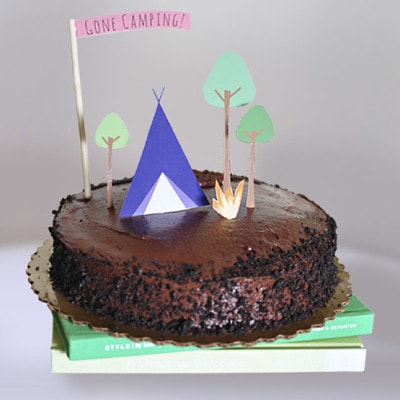 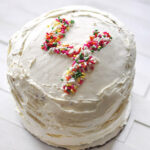